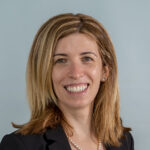 “The HEALEY ALS Platform Trial: an innovative and collaborative trial to accelerate the development of effective treatments for ALS”

The HEALEY ALS Platform Trial is an innovative trial that was designed to accelerate the path to effective treatments for ALS. A “platform trial” is a clinical trial in which multiple treatments are evaluated simultaneously. New treatments are added to the platform as they become available, thereby decreasing the gap in time from identification of an exciting therapy to testing. This model, already proven successful in the cancer field, will greatly accelerate therapy development of effective and breakthrough treatments for people with ALS by allowing investigators to test more drugs, increase patient access to trials, and reduce the cost by quickly and efficiently evaluating the effectiveness of multiple therapies. The HEALEY ALS Platform Trial opened for enrollment in July 2020 and is enrolling at several sites of the NEALS consortium including the Les Turner ALS Center at Northwestern Medicine. 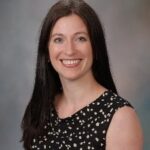 “On mechanisms and markers of ALS”

Abstract: A repeat expansion in the C9orf72 gene is the most common genetic cause of amyotrophic lateral sclerosis (ALS) and frontotemporal lobar degeneration (FTD). We discovered that the expanded repeat is atypically translated leading to the formation of proteins of repeating dipeptides. This talk will discuss the potential contribution of dipeptide repeat proteins to disease pathogenesis, and efforts to identify biomarkers to aid in the development of treatments for ALS and FTD. 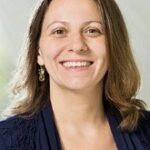 Magdalini Polymenidou, PhD
Associate Professor for Neurodegenerative Diseases at the Department of Quantitative Biomedicine of the University of Zurich

Abstract: ALS and FTD are fatal and incurable neurodegenerative diseases, characterized by accumulation of pathologic forms of RNA-binding proteins, predominantly TDP-43 and FUS. The functional consequences and potential neurotoxic effects of these FUS or TDP-43 aggregates observed in postmortem brains are debated. Combining structural protein analysis with cellular systems we uncovered a novel and unexpected mechanism that counteracts pathologic aggregation of TDP-43 (1). We also recently discovered that FTD heterogeneity is associated with alternate pathological TDP-43 conformations, reminiscent of prion strains (2). Moreover, we showed that cytoplasmic FUS causes early synaptic defects prior to aggregation in an ALS-FUS mouse model (3). The implications of these studies and their potential for gaining mechanistic insights on TDP-43 and FUS proteinopathies will be discussed. 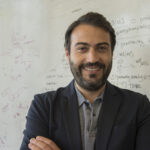 Abstract: ALS can be caused by mutations in genes that encode proteins involved in diverse cellular functions. We have established a series of stem cell based models for a number of genetic subtypes of ALS including C9orf72, SOD1 and NEK1. During the talk I will provide an update on the novel insights into the molecular mechanisms that drive neuronal dysfunction as a result of these mutations in human neurons. 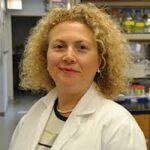 Abstract: ALS is defined by progressive degeneration of both upper and lower motor neurons. The movement starts in the brain. Therefore, in an effort to build effective and long-term solutions to ALS and other motor neuron diseases, we have to focus our attention to the brain as well. The Ozdinler Lab is one of the pioneers for understanding the biology and pathology of upper motor neurons, which will ultimately lead to the development of novel treatment strategies and identification of novel biomarkers. 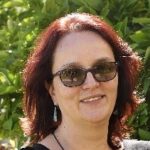 Abstract: CRISPR/Cas9-mediated gene editing provides potentials for ALS therapeutic development. Efficacy and long-term safety of this approach represent major concerns that remain to be adequately addressed in preclinical studies in vivo. Here, we show that CRISPR/Cas9-mediated genome editing in SOD1-ALS transgenic mice is effective. We did not observe apparent adverse effects in a period of over two years. Detailed analysis of the on-targeting and off-targeting events provides important information for optimization of the targeting design for further therapeutic development. 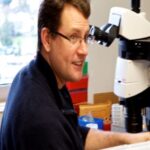 Abstract: The protein TDP-43 forms aggregates in disease-affected neurons in patients with ALS and FTLD-TDP.  In addition, mutations in the human gene coding for TDP-43 can cause inherited ALS.  By expressing human mutant TDP-43 protein in C. elegans neurons, we have modelled aspects of ALS pathobiology.  This animal model exhibits severe motor dysfunction, progressive neurodegeneration, and accumulation of abnormally modified TDP-43 protein.  To identify genes regulating TDP-43 toxicity in C. elegans, we have survey all C. elegans genes and found 46 genes that participate in TDP-43 neurotoxicity.  We demonstrated that one of them, glucuronic acid epimerase, is decreased in patients with FTLD-TDP suggesting inhibitors of glucuronic acid epimerase could have therapeutic value for ALS and FTLD. 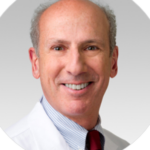