As 2019 draws to a close, we’re looking back at some of the recent achievements members of our Les Turner ALS Center at Northwestern Medicine made to ensure our Les Turner ALS families receive the most comprehensive care in Chicagoland and that we are moving closer towards our vision of seeing a world free of ALS. 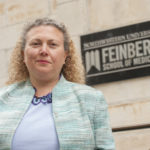 Hande Ozdinler, PhD, Associate Professor of Neurology at Northwestern University Feinberg School of Medicine was awarded a $3.1 million grant from the National Institute on Aging alongside Richard B. Silverman, best known for his invention of the blockbuster drug, Lyrica.

With this grant, the largest ALS drug discovery grant Northwestern has ever received, Drs. Ozdinler and Silverman will investigate new and unique ALS drug therapies.

Over 100 physicians, nurses and healthcare professionals attended Northwestern’s Second Annual Updates in the Diagnosis and Management of ALS.

Our Lois Insolia ALS Clinic at the Les Turner ALS Center at Northwestern Medicine was selected as a participating site for the first-ever ALS platform trial aimed at advancing the development of ALS treatments.

A “platform trial” differs from a conventional clinical trial because it incorporates multiple treatments into the process. This increases the chance a person involved in the trial receives active treatment as well as allows drug companies the ability to evaluate and test multiple treatments simultaneously, creating a quicker pathway for drugs to come to market and be made available for all people living with ALS.

Through the collaboration of members of our Center and numerous other advocates from our greater ALS community, the U.S. Food and Drug Administration released the long-awaited ALS Drug Guidance.

The purpose of the guidance is to assist those looking to develop drug and other biological products for the treatment of ALS. Our hope is for companies to initiate faster and more efficient ALS drug development programs in our shared vision of a world free of ALS. 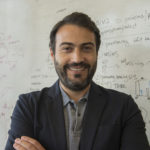 The NYSCF Investigator Program fosters and encourages promising early-career scientists whose research holds the potential to accelerate treatments and cures for their respective diseases.

The $1.5 million award will be used in Dr. Kiskinis’ work to identify targets for therapeutic interventions for ALS and pediatric forms of epilepsy. 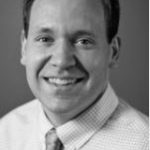 Colin Franz, MD, PhD, of the Kiskinis lab at our Center published a review article exploring the relationship between traumatic brain injury (TBI) and ALS.

“Several recent clinical studies have found an association between traumatic brain injury (TBI) and ALS,” explains Dr. Franz, “but there is still not an expert consensus on whether TBI is a risk factor for developing ALS.”

In their recent publication, Dr. Franz and his co-authors propose that TBI may, in fact, contribute to an ALS diagnosis in a subset of patients.

In November, we welcomed some of the best and brightest minds in the ALS field to our Les Turner ALS Symposium on ALS and NeuroRepair.

Members of our Center, as well as researchers from across the United States, presented their latest findings and shared their insight.

Symposiums like ours offer a unique opportunity for researchers to come together, ask questions, learn from one another and even make plans to collaborate on upcoming projects. Furthermore, we also offered a Clinical Conversations Panel that welcomed questions from professionals and people living with ALS and their families. 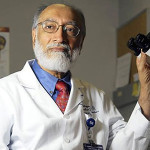 Teepu Siddique, MD, PhD, was awarded a $1.3 million grant, over 3 years, by the National ALS Registry. Dr. Siddique research study will look for genetic variants of an innate immunity protein in ALS patient DNA and RNA.

Dr. Siddique pioneered the molecular genetic approach to ALS in 1984, leading a world-wide collaboration that successfully identified the first genetic cause of ALS, the gene SOD1, in 1993.

This December, our global ALS community gathered in Perth, Australia for the 30th International Symposium on ALS/MND.

As a founding member of the International Alliance of ALS/MND Associations, we send members of our Les Turner ALS family to this annual research event to collaborate with our fellow ALS/MND advocates from around the world.

And this year, we are pleased to share our CEO, Andrea Pauls Backman, joined the Board of Directors of the Alliance.

Andrea’s position on the Alliance’s Board continues our long-held legacy of participation and collaboration with the Alliance. After our former Executive Director, Wendy Abrams, helped to establish the Alliance back in 1992, she served as Chair of the Board, twice, during her tenure.

We are so grateful for the tireless work our researchers, clinicians and staff at our Les Turner ALS Center at Northwestern Medicine are doing to provide the best multidisciplinary care and make our vision of a world free of ALS a reality. We can’t thank them enough for their commitment. And we can’t thank you enough for your continued and consistent support of the work we do in the Chicagoland and global communities.