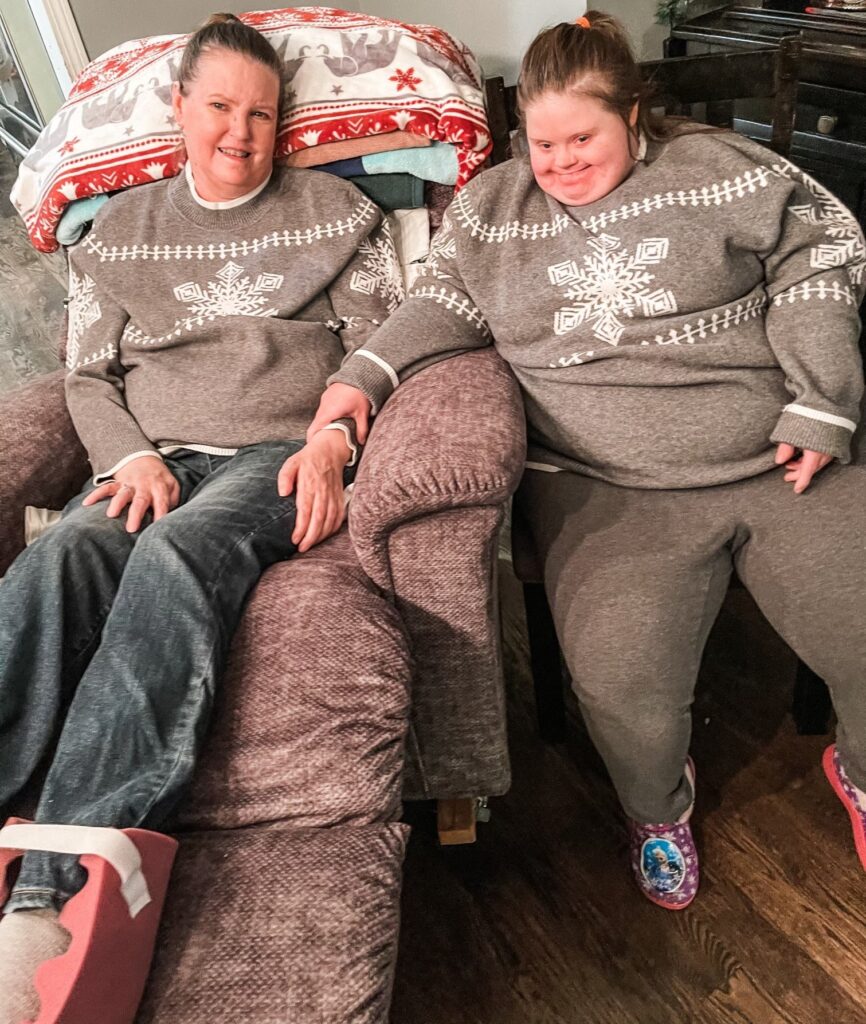 Celebrating the Life of a True Giver – Mindy Evans-Williams

Mindy Evans-Williams was a true inspiration to the ALS community. Despite having lived with ALS for 29 years, she battled the disease with true courage and positivity. Her sister, Les Turner ALS Foundation Board Member Melissa Wilder, says, “Mindy didn’t spend time feeling sorry for herself – she said it didn’t serve any purpose.

Although Mindy passed away in October, she lives on in other ways. Melissa adds, “I definitely think of her as my guardian angel. She gave me the honor of serving as her daughter McKenna’s guardian. McKenna was born with Down Syndrome the year Mindy was diagnosed with ALS in 1992. I believe Mindy is guiding me and will continue to guide me in making decisions related to McKenna. Mindy always said that the reason she was able to live so long with ALS was because of McKenna, who she referred to as her ‘angel baby.’ Now Mindy is the ‘angel mama’ who is looking over her daughter and her family.” Melissa adds, “I truly believe that Mindy is guiding our entire family on how to deal with a terminal illness. Family is everything and I believe that she knew that it would take a village (family) to raise and care for her daughter.” 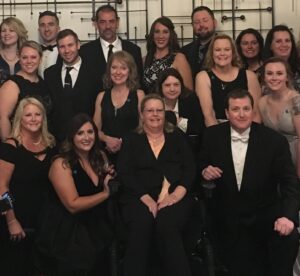 Mindy believed that her true purpose was giving back to those in the ALS community to brighten their days and lighten their struggles. Instead of spending time feeling sorry for herself, Mindy spent time figuring out opportunities to give, especially to those who were struggling. Her sister Melissa explains, “Mindy gave very generously through many of the events that the Foundation hosted such as the Hope through Caring Gala, Tag Days and the ALS Walk for Life. She donated money anonymously during the holidays to make sure that several families received gift cards to help with the holiday expenses. Mindy also donated tickets to her suite at the White Sox games to families and staff and made sure that each of the guests and their children were provided with souvenirs as memories from the games.” In addition to tangible items, Mindy gave by sharing her story and offering support in ALS support group meetings. “She felt that sharing her story with as many people as possible would provide hope to newcomers,” says Melissa.

Mindy’s innate sense of altruism was evident throughout her ALS journey. As Melissa explains, “Throughout Mindy’s journey with ALS, the Foundation has been there for her and her family. When she needed equipment and financial assistance, the Foundation provided her with wheelchairs, communication devices, access to a van, as well as grants. Foundation staff have made it a lot easier navigating the ALS journey. Without some of those people, like Support Services Coordinator Julie Stowell, we would have been lost. Julie has provided support to Mindy for several years. She has been very helpful with home visits as well as setting us up with communication experts and wheelchair vendors. Julie also provided our family with support at Mindy’s wake/funeral.”

Melissa continues, “The love and support from the staff and Board members in the days after Mindy’s passing was truly a blessing. Knowing that people are thinking of you makes you realize that you are not alone.”

Like the rest of the family, Melissa is grieving the loss of Mindy, but the loss is especially profound for McKenna. Melissa adds, “McKenna obviously misses her mother. She asks for us to go to heaven and bring her mom home, or she asks for her telephone number in heaven so that she can FaceTime with her.” We are all helping her through the process.

Melissa adds, “Just as Mindy paid it forward, I reflect on possible ways that my family and I can pay it forward to others living with ALS.” She adds, “Mindy wholeheartedly loved giving and bringing joy to people by her giving. Whenever someone thanked her for something, her response was always the same, ‘My pleasure.’ And she truly meant it.”

Just as Mindy selflessly gave to the ALS community, we ask that you give your gift of support during this holiday season.