When Paul Rubschlager’s father was diagnosed with ALS in 1974, little was known about the cause of ALS and even less existed to help families facing this heartbreaking disease. After Paul’s father passed away in 1975, he and his wife Joan became adamant supporters of funding ALS research. 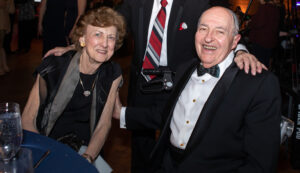 We are honored to share that the Rubschlagers have gifted us yet again with their generosity through another million-dollar donation. With this gift, Northwestern Medicine is naming the Joan and Paul Rubschlager Professorship in their honor.

A named professorship is one of the highest honors that can be bestowed upon an academic scientist. It acknowledges a sustained commitment to improving health and a strong track record of accomplishment. 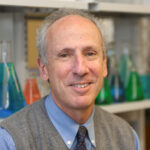 “It is truly an honor to have this professorship, which will be in existence long after we are gone, bearing our names,” shares Joan. The new Joan and Paul Rubschlager Professorship has been bestowed to Robert G. Kalb, MD, Director of our Les Turner ALS Center at Northwestern Medicine.

Alongside the tremendous honor, the Professorship makes available additional resources and permits them to be applied directly to Dr. Kalb’s research in understanding the fundamental problem that causes motor neurons to degenerate. “The Professorship has accelerated research and enabled higher risk studies that may lead to a breakthrough,” says Dr. Kalb.

Read more about Dr. Kalb’s research on our website

Scientific research is inherently a risky endeavor. That’s why dedicated support from members of our Les Turner ALS family like Joan and Paul is invaluable and will point the way toward a cure.

“We are exploring uncharted territory and that requires patience and diligence. This can only be achieved by sustained support. The Rubschlagers’ long-term commitment to the Les Turner ALS Foundation has been critical in empowering the best in ALS research,” says Dr. Kalb.

We are indebted to Joan and Paul for helping us change the trajectory of ALS research. Thank you, Joan and Paul, for your commitment to our shared mission of seeing a world free of ALS. And thank you to Dr. Kalb for your tireless work to help us create that world.