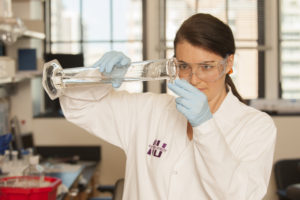 “The fight against ALS is a marathon, not a sprint. The goal of a disease-modifying treatment is still out of reach, but a deep commitment to basic science is the approach that can move the needle in a concrete way,” Dr. Robert Kalb, Les Turner Professor and Director of the Les Turner ALS Center at Northwestern Medicine

This summer marks the fourth year since the Les Turner ALS Center at Northwestern Medicine was formed. The model of the Center effectively connects researchers, clinicians and support services enabling advancements achieved at the clinic to influence research conducted in the labs and vice versa.

So, four years later, Northwestern University’s Feinberg School has published an article that explores the four research labs that are part of the Center and asks the questions: “What type of research is done at the Les Turner ALS Center at Northwestern Medicine? Why do you need four laboratories to focus on one disease? How does a scientist turn an idea into a discovery that can become an effective treatment for ALS?”

We invite you to read the article, meet our researchers and learn more about the future of ALS research.