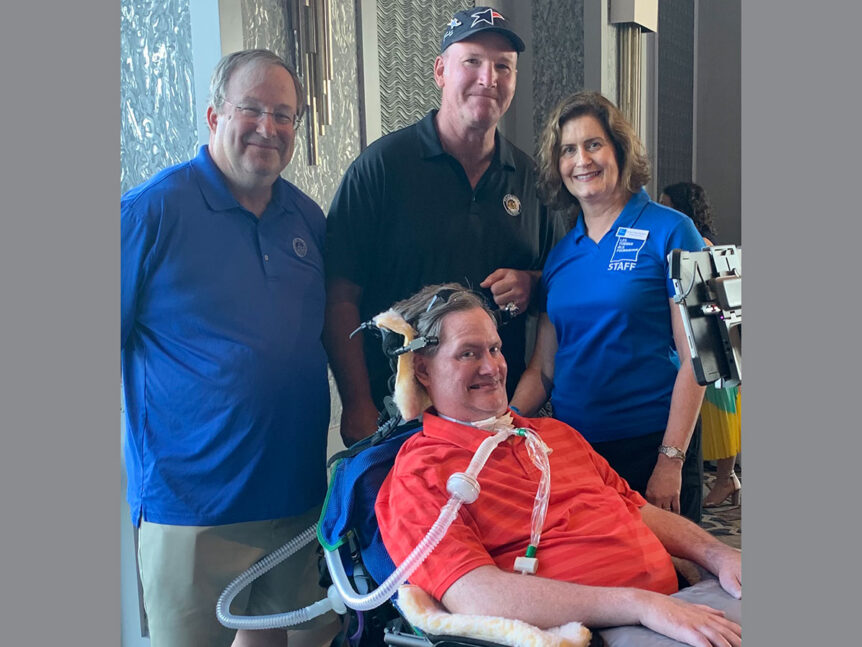 Chicago radio host Lin Brehmer died today at the age of 68. He was widely known and beloved for his time on-air at WXRT-FM 93.1, but the ALS community in the Midwest knew another side of Lin: a friend, spokesperson and supporter of ALS events and fundraisers for nearly 30 years.

“We lost a true friend today in Lin Brehmer. Lin’s dedication to the ALS community as a spokesperson of the Les Turner ALS Foundation was legendary. Whether as an emcee of our annual Lou Gehrig Day at Wrigley Field or the Mammoth Music and Record Mart, various fundraisers at music clubs around Chicago, golf outings, or our Hope Through Caring Gala, Lin was the guy you could depend on.

“He was selfless, kind, funny, and always there to talk to people living with ALS, not as a celebrity and one of the best rock DJs in the country, but as a regular guy. He’d wax poetic about his Cubbies, the latest album that dropped or concert he attended, or just shoot the breeze and have a drink with you. He wasn’t there to impress, he was there to be a friend. And he was.

“We are grateful to Lin for his innumerable contributions to our community as the Chicago legend he was. And we wrap his wife, Sarah and son, Wilson, in care.

“To quote our friend Lin, take nothing for granted.”

In 2019, Lin wrote about how he came to be involved with the ALS community:

“My own involvement in the Les Turner ALS Foundation had nothing to do with Lou Gehrig although like many people, I was quick to invoke the disease’s popular shorthand, “Lou Gehrig’s disease.” Les Turner had a fundraiser every year in the parking lot of the Old Orchard Shopping Center. It was the Mammoth Music Mart. WXRT, where I worked, always had hundreds and hundreds of record albums both used and new that needed a good home. This radio station and the Mammoth Music Mart were a perfect fit. We did promotions and live broadcasts and we got to know the hard-working staff of the Foundation. We also learned about the disease that claimed the life of Lou Gehrig.

“They call it a rare disease, but we all know friends or family or public figures who face the inevitability of ALS with hope and strength.”