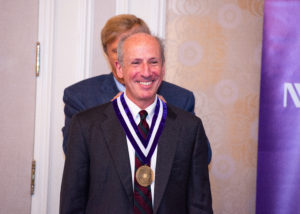 As with any endowed professorship, this professorship protects Dr. Kalb’s time by providing him and his team support in their research pursuits. Dr. Kalb’s laboratory focuses on the cell and molecular biology of motor neuron diseases. His laboratory is partnering with the pharmaceutical industry to leverage observations made in his laboratory to create novel therapeutics. In addition to his research, Dr. Kalb treats people living with ALS at the Lois Insolia ALS Clinic, part of the Les Turner ALS Center at Northwestern Medicine.

Dr. Kalb’s major goal for the Les Turner ALS Center at Northwestern Medicine is to enhance collaborations between laboratories and the clinic to lead to effective new treatments for ALS and a path toward a cure. A key imperative is the promotion of basic science research at Northwestern that can be used to bring new concepts to the clinic to provide the best care for patients

We invite you to meet all of the researchers at the Les Turner ALS Center at Northwestern Medicine and learn more about the future of ALS research.

See photos from the Investiture here.