As November is National Family Caregivers Month, this edition of ALS Event News focuses on support groups for people living with ALS and their families.

In several communities throughout the Chicagoland area, the Les Turner ALS Foundation offers support groups to people living with ALS, ranging from the newly diagnosed to those who have lived many years with the disease.

Even those who have limited verbal abilities are able to participate with the use of their Speech Generated Device (SGD), Zoom chat box or the support of a family member. Everyone communicates in their own way and is made to feel welcomed and an essential part of the group.

Due to Covid19 cautions, support group meetings occur virtually. This has extended the reach to offer support groups to those in the broader ALS community, regardless of location. Participants can attend from the comfort of their own home, which is especially helpful if they have mobility issues or have moved outside the Chicagoland area. 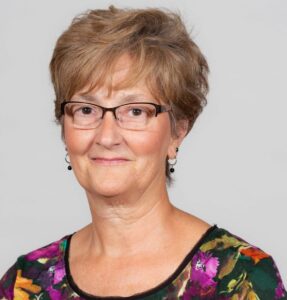 Despite being free, some people are initially reluctant to join a support group, but are ultimately happier for giving it a try. Consider the experience of Rob Akins, a person living with ALS, who was hesitant to join the Barrington support group because he didn’t want ALS to feel like the sole focus of his life. Rob shared, “Once the pandemic started, and the meetings became virtual, I decided to give it a try. I found out that I enjoy the meetings. I also enjoy seeing my compatriots and their families… overcome ALS challenges. The monthly format provides a sense of continuity and community. All in all, this is a positive in my life!”

The facilitator of the Barrington Support Group, Karen Steffens, RN, CHPN, CCM, makes it a point to infuse humor, positivity, and ways to help everyone’s days be a little brighter. She encourages the group to share stories to bring positivity. 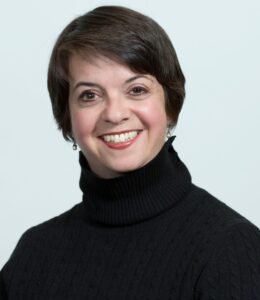 Moving Forward After Loss, led by Easton Stevenson, LCSW, held its first meeting in August 2020. This group was developed during the Covid19 pandemic for those who have lost a partner to ALS and are grieving in isolation without the in-person support of loved ones. The group provides validation and education in a supportive setting.

Not only do members appreciate the opportunity to speak freely, but they also appreciate being able to connect with others who have lost a partner to ALS. One member, M.S. of LaGrange Park, says, “By sharing with the group you can get support, affirmation, empathy, and suggestions on how to deal with the things that are difficult for you or that cause anxiety.”

The Caregivers-Only Support Group, launched this past July, offers an accepting environment to talk openly about issues caregivers face as they often share a common experience and need emotional support. With guidance, caregivers feel heard and understood and can become better equipped to face new or sometimes improved coping strategies. 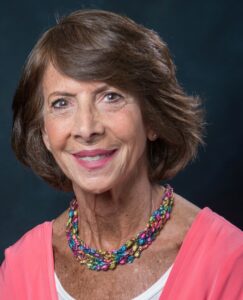 Anne Lidsky, PhD, the facilitator for the Caregivers-Only group, has seen members strongly benefit from attending meetings. “Our group is a blessing for each participant. They support one another, care for one another, and, most importantly, they are able to express their stress, frustration and fears, freely without a worry about judgement or hurting their loved ones.”

The Les Turner ALS Foundation is committed to offering community-based support systems and a place for group members to gain additional emotional support. Remember that you are not alone, and that we are here for you. Visit our Support Groups and Education page for more information.

More Than Just a Race

Last month, Team Race for ALS successfully completed the Bank of America Chicago Marathon. For most of those runners, being a part of the team is an opportunity to honor the lives and memories of loved ones affected by ALS. 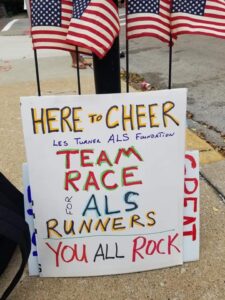 Team Race for ALS runner, Peggy Krpata, runs in honor of her brother-in-law who was diagnosed with ALS over 20 years ago. Throughout his battle with the disease, Peggy recalls watching her sister and brother-in-law strive to keep their family life as normal as possible saying, “I will forever be inspired by their courage, strength and love.”

Peggy also shares, “I have always found ALS events to be very inspirational and hope the community’s efforts can help others and the fight to end ALS.” Since 2011, Team Race for ALS has attracted over 200 runners and has raised more than $300,000 for the Foundation. This year, the team raised nearly $29,000.

The marathon may be over, but ALS is still present. Don’t wait until next year! Team Race for ALS is still accepting donations until the end of the year.