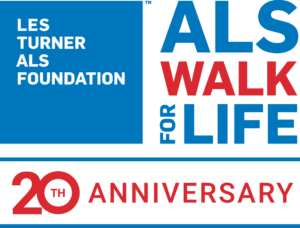 We will be celebrating our 20th Anniversary of the ALS Walk for Life on September 18.

As we honor all teams, here’s a look at two – a team that has been with us since the beginnning and a new team starting their first ALS Walk for Life journey this year. 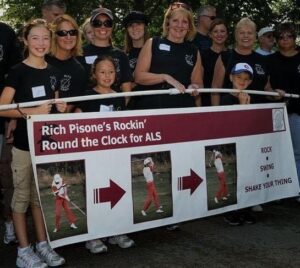 Rich’s Rockers, led by Team Captain Mary Lou Pisone, has been with us since the inaugural ALS Walk for Life in 2002. After producing a successful family fundraiser for a few years, Mary Lou and her daughters, JoEllen (Gregie) and Diana, formed their team in memory of Mary Lou’s late husband, Richard, who was diagnosed with ALS in 2000. “My husband’s illness had drawn our family closer as we focused on something outside ourselves” says Mary Lou.

In their first year, Rich’s Rockers raised more than its goal to support the Foundation. The overwhelming support of friends and family has meant so much to Mary Lou and her daughters. After becoming involved with the Foundation, Mary Lou joined our Board of Directors in 2010, later joined on the Board by her daughter Diana in 2019. “It’s our family’s way of paying forward the help and support we received during Richard’s battle with ALS” says Mary Lou.

First-time team Erin’s Allies is led by former middle school teacher Erin Weis who taught reading on the West Side of Chicago. She was diagnosed with bulbar ALS in April 2021, following the onset of symptoms in September 2020. Upon hearing the news, Erin says, “I knew that I wanted to do something, so I read about others who were diagnosed with ALS and in the same situation. Hearing their stories made me feel not so alone. Once the ALS diagnosis sunk in, I realized that I had two choices. I could be mad, sad and wonder why me; or I could embrace the time that I have left, live life and try to create more ALS awareness.” 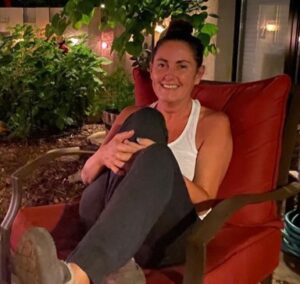 This perseverance and determination to create more awareness for ALS led Erin to the ALS Walk for Life. “I’m in a clinical trial now at The Les Turner ALS Center at Northwestern Medicine and I want to give back by raising money for ALS awareness and further research and trials.”

Erin is grateful for her support system of family and friends who have helped her fundraise. As an educator, she wants her friends to know what is going on with her and to not have to speculate. “Although I won’t be able to walk the whole way on my own and will be using a wheelchair, I will be surrounded by people who get it.”

You can support ALS care and research here. 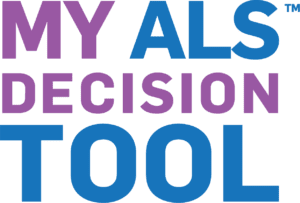 In Development: My ALS Decision Tool™

A new, online, interactive decision tool will help people living with ALS make early and informed decisions about their care. The My ALS Decision Tool™ will be the first of its kind in the United States. 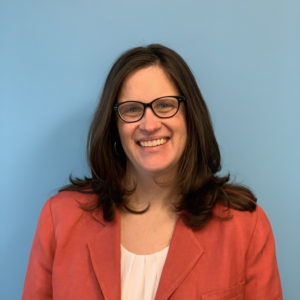 This project is being led by Lauren Webb, LCSW, our Director of Support Services and Education. She says, “We’re working with patients and the health technology community to build an accessible tool that will provide not only health education but also a guide to decision-making.” Two decision modules, Breathing and Nutrition, are anticipated to launch before year-end. The interactive tools will come with companion materials for each module.

People with ALS will be able to use the decision tools to explore preferences and values related to their care, to better understand the types of treatments available, to answer questions to determine what is most important to them, and to better communicate with their care team about treatment options.

By empowering people with ALS to make early and informed decisions about their care, the decision tool can contribute to improved health outcomes and reduce caregiver burden throughout the ALS journey.

In the News:
Pushing the FDA on the Slow Pace of Approvals for Neuro Drugs

Our CEO Andrea Pauls Backman was quoted extensively in the recent FDA News article: ALS Community Fires Back at Cavazzoni Following Hearing on Neuro Diseases. The congressional hearing focused on the slow pace of FDA approvals for neurological drugs.

At the hearing, Patrizia Cavazzoni, director of the FDA’s Center for Drug Evaluation and Review, stated it wasn’t necessary to create new pathways to speed the current drug approval process. Andrea countered: “I would argue that the evidence doesn’t support that because if we had all the accelerated approvals needed, we would have drugs in bodies at this point, and we don’t.”

Director Cavazzoni also expressed disappointment in the effectiveness of some trial drugs. But Andrea offered perspective by saying, “Drugs which appear to the FDA to be a disappointment have been exciting to the ALS community, which has high heterogeneity, meaning lots of genetic causations and different clinical manifestations.” 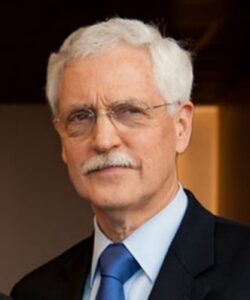 The 11th Annual Les Turner Symposium on ALS on Monday, November 1, 2021 will be hosted by the Les Turner ALS Center at Northwestern Medicine.

The day-long symposium will be held virtually and will feature presentations from leading ALS researchers and clinicians, as well as a clinical conversations panel.

Our keynote speaker this year will be Robert H. Brown, Jr., D.Phil, MD, who will discuss ‘New Directions in ALS Therapies.’

Dr. Brown has a longstanding research interest in identifying gene defects that underlie ALS. He and his team have used insights from their investigations in genetics to generate cell and animal models of each of these defects. Most recently, he has initiated trials of gene suppression therapy (SOD1, C9orf72) in non-human primates and now in humans.

Other Symposium presentations will include discussions on the NU-9 compound found to reverse ALS damage in mice, along with recent advances related to frontal temporal lobe dementia and the implications in developing therapeutic approaches for ALS.