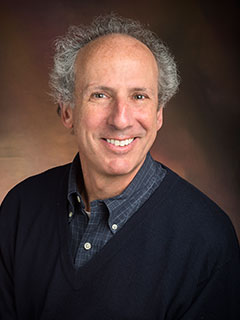 It is our great pleasure to announce that Robert Kalb, MD from the University of Pennsylvania has been selected as the first Director of the Les Turner ALS Research and Patient Center at Northwestern Medicine, Chief of Division of Neuromuscular Medicine and Professor of Neurology.

Dr. Kalb was born in New York City, received his MD from Cornell University College of Medicine and completed a neurology residency at Yale University. His medical training was followed by postdoctoral laboratory research in Neuroscience at Yale where he was supported by a Clinical Investigator Development Award, and where he initiated his independent laboratory in 1990.  Dr. Kalb has had continuous support from the National Institutes of Health (NIH) for the past 27 years, and has sat on various NIH grant review committees, including as Chair of study sections.  After more than 15 years at Yale, Dr. Kalb moved to the University of Pennsylvania where he is currently the Joseph Stokes Jr. Research Investigator and Professor of Neurology and Pediatrics.  He is a board-certified neurologist, with a special expertise in the diagnosis and management of individuals with Amyotrophic Lateral Sclerosis (ALS).  He is currently on staff at the ALS clinic at the Corporal Michael J. Crescenz VA Medical Center in Philadelphia, where he treats veterans with ALS and was previously on staff at the Penn Comprehensive ALS Center at Penn Medicine. Dr. Kalb also regularly attends on the general neurology inpatient service at Penn Department of Neurology and provides general neurology care at the Children’s Hospital of Philadelphia.

His laboratory studies the basic mechanisms underpinning ALS using genetically engineered mice, primary neuron culture, C.elegans and yeast disease models. His work has focused on the fundamental molecular processes that go awry during disease.  For example, Dr. Kalb’s group discovered that derangement of energy metabolism is a key contributor to neuronal death in models of ALS.  In addition, he identified two cell biological pathways (GTPase mediated vesicle trafficking and RAD23 mediated protein degradation) that can be targeted for treatment of ALS.  The Kalb lab is passionately committed to bending the arc of disease and finding a cure for ALS through innovative and collaborative research.

In addition to his clinical and research focus, Dr. Kalb is also known as a passionate and popular educator and mentor to students, residents and other trainees. Jack M Rozental, MD, PhD will remain the interim Director of the Les Turner ALS Research and Patient Center at Northwestern Medicine.