Faces of ALS – A New Chair for the Board of Directors 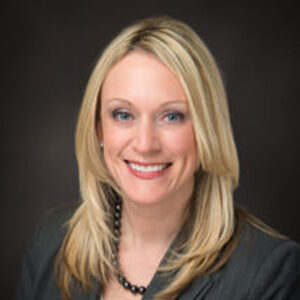 We’re thrilled to welcome Erin Reardon Cohn, Executive Vice President of First Bank Chicago, to her new role as chair of the board of directors. Erin joined the board in 2019 and served as the Foundation’s treasurer for the last two years. Following Ken Hoffman, who is stepping down as chair after eight years, Erin brings a wealth of experience to the board with a 25-year career in commercial banking. Her strong business acumen and passion to serve the ALS community is unparalleled.

Erin’s connection to the ALS community came from her experience as a teen when a close family friend was diagnosed with ALS. Little did she know until years later that this person was also the very first person who received support services from the Foundation. She says, “My father was an internist. One of his closest friends was also his patient and a Chicago police officer. His friend had been having trouble with his arms and legs, so he went in to see my dad.”

Erin recalls hearing the news of the family friend’s diagnosis: “‘I just diagnosed my close friend with ALS, which is Lou Gehrig’s disease,’” Erin’s father said. She adds, “At the time, specialists didn’t make these diagnoses, the internists did. It was a true turning point for our family because we were so close to him and his family.”

“Although my father taught at the medical school at Northwestern University, there were very few ALS specialists available to consult with at that time.” said Erin. The ALS diagnosis of the family friend was made shortly before the Foundation and Northwestern Medicine established the Lois Insolia ALS Clinic in 1986, one of the first multidisciplinary ALS clinics in the country. Erin adds, “Following his diagnosis, I remember our family wondering, What is his wife going to do? and What is going to happen to her and the kids?”

The family reached out to the Foundation, which began offering ALS support services in the early 1980s, to assist with care and to take some of the pressure off the family. The family friend was provided with mobility equipment and other services during his ALS journey. Erin says, “The Foundation was pivotal at securing all the resources for him.”

Years later, when Erin was assigned to be the Foundation’s banker and advisor, she was able to connect the dots between her family friend and the Foundation.

Erin says, “I will always remember our family friend and am thankful that the Foundation was there to assist him. And, because of the Foundation, we know so much more about ALS than we would have ever known. Had it not been for Harvey and Bonny Gaffen’s vision 45 years ago (along with their family and friends), and the tireless efforts of the board of directors and staff, we wouldn’t be benefitting from the research advances and much-needed assistance, care, and support that we have today for individuals with ALS.” She adds, “In partnership with our CEO, Andrea Pauls Backman, my hope as chair will be to bring the Foundation and ALS awareness to the next level, and to continue the vision of a world free of ALS.”