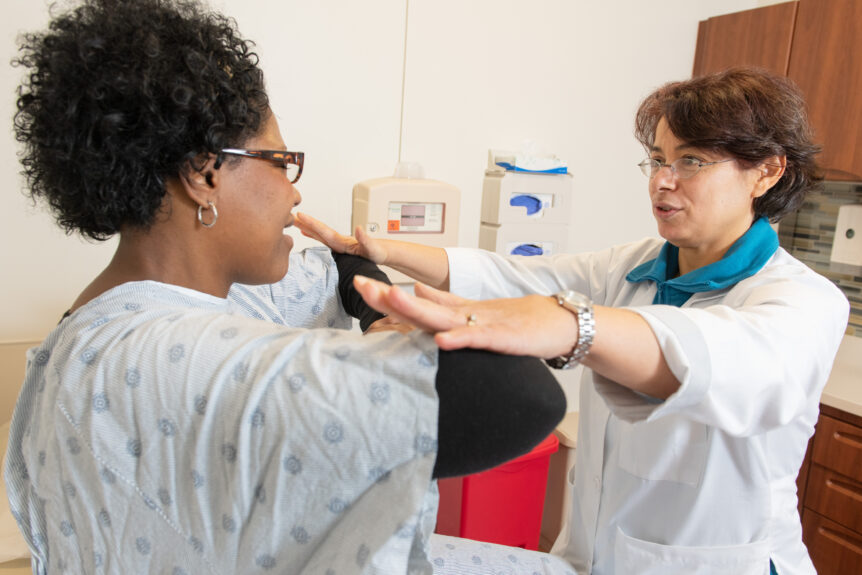 The U.S. Food and Drug Administration (FDA) has accepted a New Drug Application for tofersen, a drug in development by Biogen for treatment of superoxide dismutase 1 (SOD1) amyotrophic lateral sclerosis (ALS) – and granted priority review for the application.

If approved, tofersen would be the first treatment to target a genetic cause of ALS.

“This is exciting news,” said Andrea Pauls Backman, CEO of the Les Turner ALS Foundation. “We are grateful to the FDA for recognizing the urgent need for new ALS treatments. For people living with SOD1-ALS, there is no time to waste.”

The FDA’s Prescription Drug User Fee Act (PDUFA) action date has been scheduled for January 25, 2023. The FDA Advisory Committee meeting is likely to meet this fall.

Co-discovered by Teepu Siddique, MD, DSc at Northwestern Medicine in 1993, SOD1 was the first genetic cause identified for ALS. SOD1 is a gene that instructs cells on how to break down toxic molecules known as superoxide radicals. Breaking down these molecules is an important biological process that protects the cells from damage.

However, mutations in the SOD1 gene have been found to cause a form of ALS by altering an enzyme that is involved in that process, which triggers the death of nerve cells that control muscle movement. SOD1-ALS is associated with a shorter life expectancy than other forms of ALS caused by genetic mutations. There is currently no treatment targeted for SOD1-ALS.

The FDA’s Accelerated Approval regulatory pathway is designed to allow for earlier approval of drugs that treat serious conditions and fill an unmet medical need. In the application, sponsors must identify a measure that is reasonably likely to predict clinical benefit to people receiving the treatment. In the case of tofersen, study results suggest that reductions in neurofilament levels predict slower progression of the disease.

Neurofilaments are normal proteins that are found in healthy neurons. However, they build up in blood and cerebrospinal fluid after neurons or their axons have been damaged. Higher levels of neurofilaments have been found to predict rapid decline in health and life expectancy for people living with SOD1-ALS.

Recently-published 12-month data from the Phase 3 clinical trial indicated that earlier initiation of treatment with tofersen slowed declines in clinical and respiratory function, muscle strength, and quality of life compared to delayed treatment. Building on earlier trials, the Phase 3 VALOR (placebo-controlled) trial and open-label extension showed that reductions in key biomarkers were sustained over time, demonstrating the drug’s potential to slow the progression of SOD1-ALS.

The Les Turner ALS Center at Northwestern Medicine was one of the sites for the clinical trials of tofersen. As a principal investigator, Senda Ajroud-Driss, MD led the administration of the investigational drug, observation of trial participants, and reporting of results, ensuring rigorous adherence to federal regulations and study protocol requirements. Dr. Ajroud-Driss is Associate Professor of Neurology at Northwestern’s Feinberg School of Medicine and Director of the Lois Insolia ALS Clinic at the Les Turner ALS Center.

“This is a credit to the vision of the team at Biogen, who saw promise in the early data and made a commitment to pursuing its potential,” said Pauls Backman. “We also owe our thanks to the people living with ALS who participated in this important trial. Each one of them is creating a legacy that makes better treatments and longer, richer lives possible.”

Offering access to enrollment in multiple clinical trials and with dedicated clinical trial coordinators, the Lois Insolia ALS Clinic at the Les Turner ALS Center is Chicagoland’s first and largest multidisciplinary ALS clinic. It provides access to the highest number of neurologists and dedicated pulmonologists in the Midwest as well as coordinated support and expertise at no cost from the Les Turner ALS Foundation.

The ATLAS Phase 3 trial of tofersen, whose sites include Northwestern University, is recruiting participants. Visit lesturnerals.org to learn more about ALS clinical trials and support services from the Les Turner ALS Foundation.