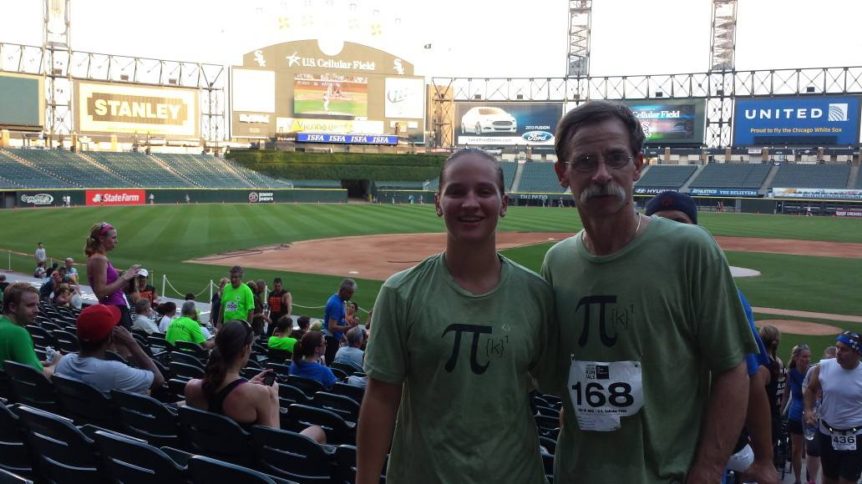 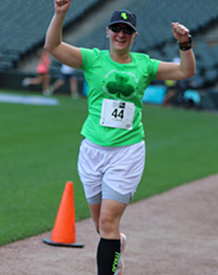 et Emily Gunty. Each month Emily and her father run at least one race together – most of which have a charitable component. For the past few years they have participated in the Strike Out ALS 5k despite having no personal connection to ALS or the Les Turner ALS Foundation.

What began as an opportunity for a White Sox fan to run through and around U.S. Cellular Field has transformed into an annual fundraising opportunity to provide hope and help for people living with ALS (PALS).

“While I have not personally been affected by this disease, it was astonishing to hear from people I know who know someone with the disease or have lost their fight with ALS,” Gunty said.

Although Emily and her father run in charity driven races throughout Chicagoland, the Strike Out ALS 5k is the only race they have fundraised for because of the impact the ALS community has made on them.

“Seeing the pain and suffering (PALS and their families go through) first hand is the reason we keep fundraising and keep running this race. This is a disease that can be ended in my lifetime and I would like to see it happen,” she said.

PALS, their family and friends continuously inspire runners like Emily during their fundraising as well as throughout the race.

“I love that people bring their family members who are battling ALS because it is a stark reminder of what we are running for. Hearing Lou Gehrig’s speech read out before the race is some of the best motivation to keep going,” Emily said. “By running and raising money, you can make a difference and help find a cure